After a few days burning off energy in individual turnout, I finally felt it was time to introduce Guinness back into his regular field board pasture.
I didn't want to stress his leg too much at first, so I arranged to turn him out all day with the boys and to be brought in at night. Figuring the temptation to play with his old buddies would be very strong, I planned to have Pig booted in front to protect the splint.
Good thing I did. The play was epic, and exuberant. Enjoy... 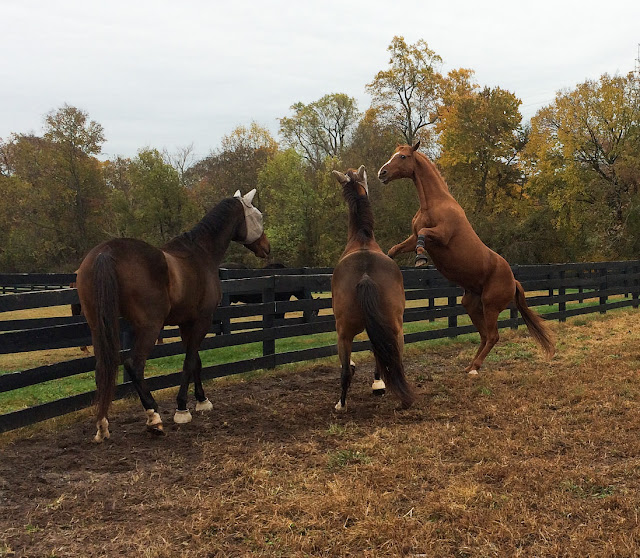 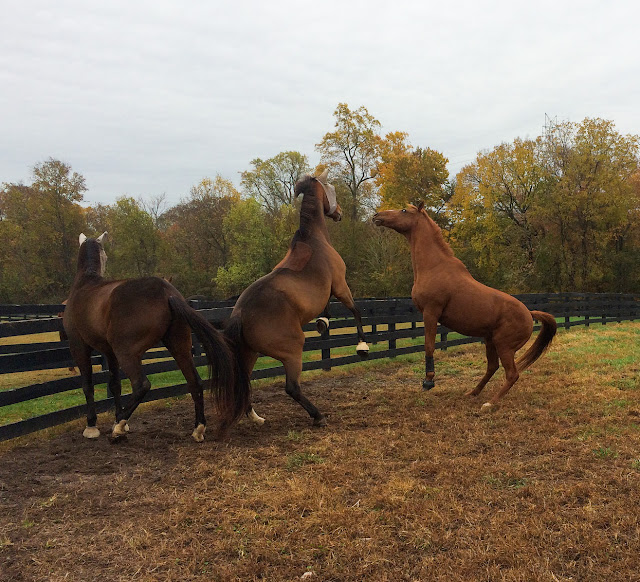 Both days, the three boys played hard for 10-15 minutes before settling back grazing and snuffling each other. Pig's leg showed no changes, so I had him returned to 24-7 turnout on the third day. Though, he will still booted during the day for now.

The two bay geldings are an extremely tight pair, which works fine for Pig. He likes to be off doing his own thing, while those two enjoy their brotherly love-fest. The mare has been removed from the field for the moment, and the whole pasture seems to be okay with this development.