During a lesson with my trainer last month, we were working the shoulder-in. As normal for us right now, Guinness was over-flexed to the left, and falling off the wall. To the right, he was stiff as a board and felt that moving his shoulder off the wall was completely impossible. These little issues are fixable for us now, but often result in Guinness getting tense and nervous.


Again, the thoroughbred mind in dressage.


This horse wants to do it right, but when he is corrected, he will often panic. In an effort to keep him relaxed and his mind spinning in a productive way, my trainer asked me to do something that should have been obvious, and easy.


Something so simple, so direct, is actually so hard. Fighting tension in this horse has been my life for the last three years. Tension rockets his head into my lap, and his back into an uncomfortable U-shape. Lowering his neck has been impossible. In the past, putting him into a lower frame has taken laps (LAPS!) of the arena, and lots of coaxing.


On that day, I simply thought "softer" with my outside elbow and lengthened my arm an imperceptible amount, offering him the space to lower his neck and fill up the space with his topline. And, he took the bait. His back lifted, his neck filled up like a balloon, and his frame lowered. At the same time, his steps took on a little bit more loft, and he was better able to step under and pick his shoulders out of the way.


Lowering the neck. I've got to remember that this tool exists. 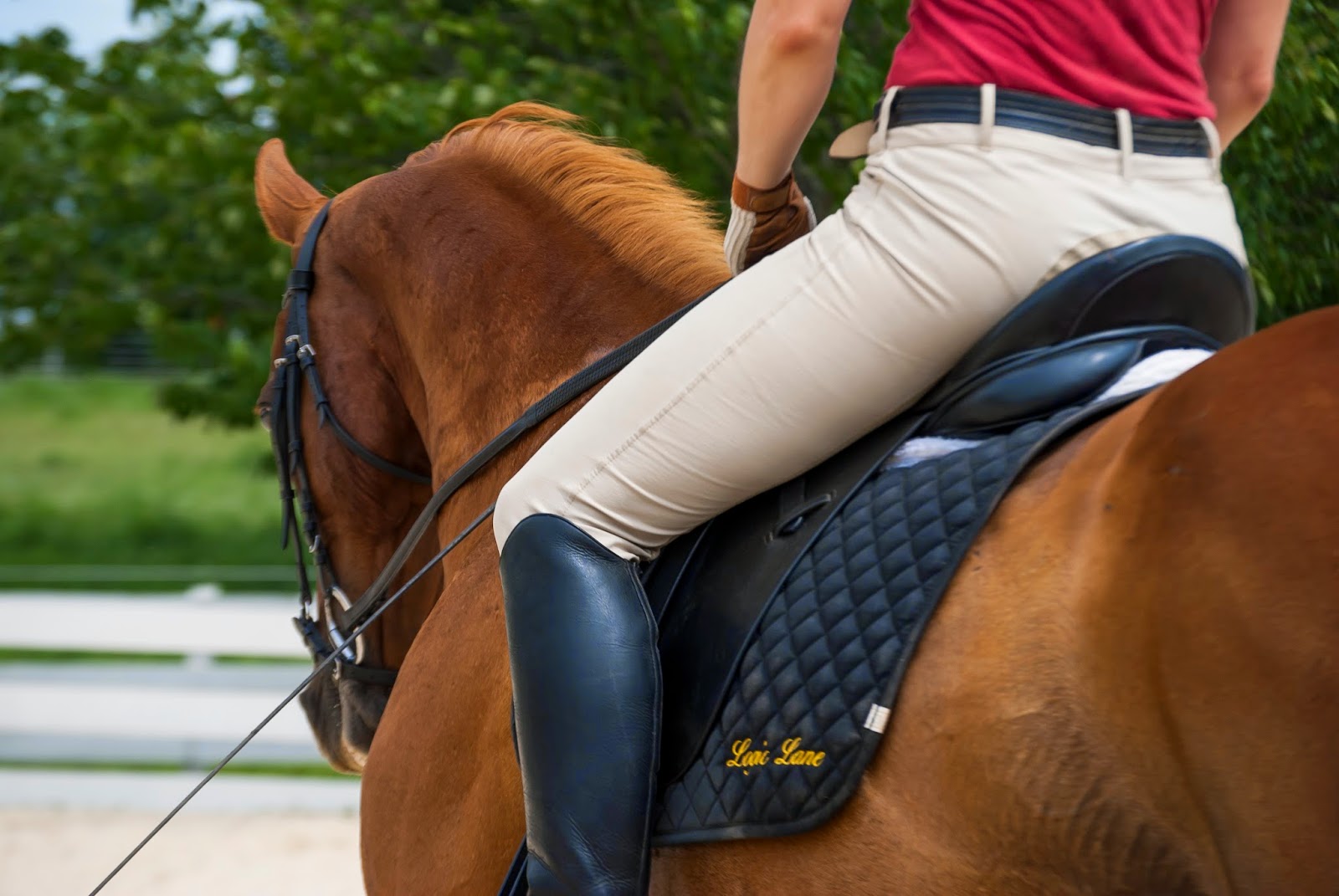